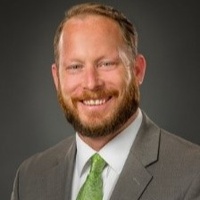 Daniel has been in the financial industry for over 14 years. After surviving a number of buy-outs in the private banking sector of Indianapolis, Daniel went to work at Charles Schwab. It was there that he obtained his Broker registration. He gained much experience working as a Trader through the Great Recession. He missed working face-to-face with his clients and when the opportunity arose to become an advisor for PNC Investments, Daniel jumped at the chance. Daniel flourished while at PNC and due to his achievements there, he caught the attention of JP Morgan Investments recruiters and Daniel was wooed away.

At JP Morgan he continued his education and became registered as an Investment Advisor Representative. About that time, Daniel and his wife, Erin, welcomed their first son, Quinn, and a few months later decided to relocate to the Rochester area - where Erin was raised. Once here Daniel went to work as an advisor for a local bank and assisted clients in the Canandaigua area.

Working at the local bank afforded him many opportunities to meet new people in the area. Once he met Cindy, they realized they had similar ethics and goals, so they started working together. Over the course of a couple years, this partnership has become Clover Leaf Financial, LLC.

When Daniel is not working for his clients, he is spending time outdoors with his family. Daniel and Erin now have four sons, Quinn, Cormick, Nolan, and Pierce. Daniel is a board member of the Rotary Club of Canandaigua as well as on the Rotary District 7120 Membership Committee.

Daniel is looking forward to meeting you and learning how he can help you and your family work toward your dream.